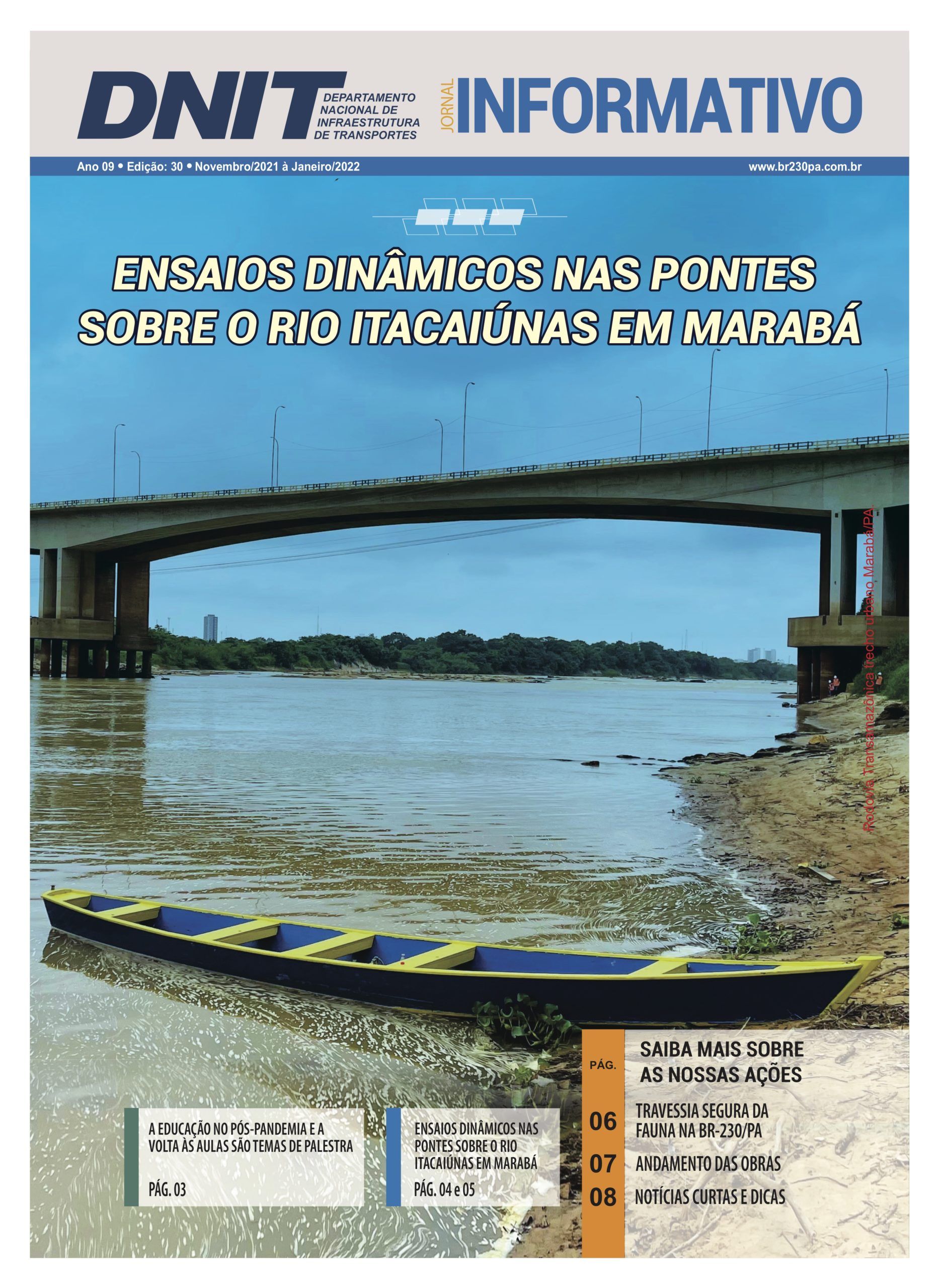 Download the last DNIT’s issue and find more about the “The Bridge Tuners” by Ionut Moldovan and a short description of the bridge field tests carried out by the CRG in Brazil (October 2021).

(This opinion article was originally written in Portuguese.)

Did you know that the vibrations of a bridge are an authentic ‘fingerprint’ of that bridge? Well, now you do, so the next time you are on a bridge feeling shaken by the passing of a truck, instead of thinking “Oh, we are so going to die!!”, think instead that the vibration you are feeling belongs only to that bridge, and that there is no other bridge in the world that would vibrate in the same way.

Bridges are like the strings of a guitar: no two strings would play the same sound. Musicians know this, so when they want to tune the sound of a guitar, they measure the vibrations of the strings using special devices called ‘tuners’. A healthy string must vibrate in the right way!
A healthy bridge should also vibrate properly, and engineers must periodically check that it has not become ‘out of tune’. This is what me and my colleagues from DNIT, Universidade Federal do Pará, and Lusófona University of Lisboa did last October on the twin bridges over the Itacaiúnas River, on the Transamazônica Highway, in Marabá, Brazil.

We were there for the first time in 2018 and were back now to see if the bridges are still ‘tuned’. We didn’t take guitar tuners with us, but something very similar: accelerometers. And don’t imagine that they were more expensive! In fact, it didn’t cost us anything, as we used the accelerometers of our cell phones to measure the vibrations, and a new application that we developed, called App4SHM, to work as a tuner. Based on the accelerations of the bridges, we could compare their vibration modes with those of 2018 and see if there were significant changes in their tuning. And it was all so easy that the DNIT engineers in Marabá learned the trade in no time and are now performing weekly monitoring, for an entire year, using only their mobile phones! How cool is that?!