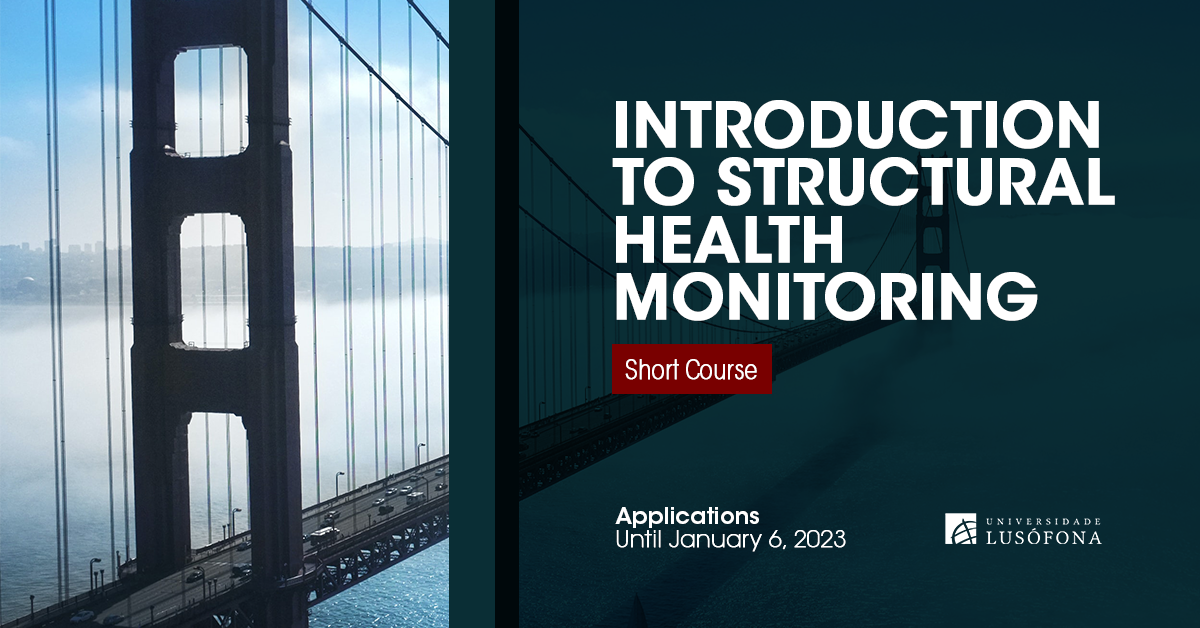 The main goal of this online short course is to introduce the concept of structural health monitoring (SHM) applied to bridges and special civil structures.

Why bridges rather than just special structures? Because bridges are considered the main vulnerable civil structure in the last decades due to the number of structural failures observed around the world. Why SHM rather than SHM of bridges? Because most of the techniques and general procedures described are independent of the structure. Therefore, the techniques are first presented for general applications and then most of the examples are shown in the context of bridges. This manner, students can learn the general concept of SHM and apply it later on to almost any engineering structure.

The course is tailored towards graduate students and/or practicing engineers working full-time in public and private institutions or consultancy companies. You can enroll in the course here until January 6, 2023.

Observations: Course notes will be distributed at the end of the course.

Eloi Figueiredo – PhD in Civil Engineering (2010) with over 100 publications on SHM through books, book chapters, peer-reviewed journals, and conference proceedings. He is the coordinator of the Civil Research Group at Lusófona University and has scientific collaborations with several institutions in Europe, US, and Brazil.

Ionut Moldovan – PhD in Civil Engineering (2008), has more than 60 scientific publications, including books, book chapters and papers in international journals and conferences. He is the Principal Investigator of the Project CEN-DynaGeo, funded by the Portuguese Science Foundation (FCT), and lead developer of FreeHyTE, the first public, open-source and user-friendly computational platform using hybrid-Trefftz finite elements.